In response to recommendations of a DOE review panel, circa 1996, the compilation (in ENSDF format) of recently published experimental nuclear structure articles was started in 1998 by Dr. Balraj Singh at McMaster University, Canada, a participating center in the USNDP network. In the same year, the XUNDL database and its web interface were developed and set up at the NNDC, BNL by Dr. David Winchell. In general, the information in a given XUNDL dataset comes from a single journal article, or from a set of closely related articles from the same experimental group. Supplemental material sent by researchers in support of their published papers is also compiled and archived. Active and timely communication between data compilers and original authors of publications is encouraged. Such interactions have been a major factor in the successful functioning of this database.

Datasets are added to the XUNDL database on a regular basis as new results are published. Until 2008, all compilations were carried out at McMaster University by Balraj Singh and his undergraduate students, while the database was managed at the NNDC, BNL by Dr. David Winchell. Since then, Dr. Filip Kondev at Argonne National Laboratory, and Dr. John Kelley, and Ms. Grace Sheu at the Triangle Universities Nuclear Laboratory have also been contributing to XUNDL, while the database at the NNDC, BNL has been maintained by Dr. Jagdish Tuli. Since 2013, several other USNDP data centers have joined this effort. All contributed datasets are reviewed and edited (if needed) by the XUNDL coordinator and editor, E.A. McCutchan , mccutchan@bnl.gov. 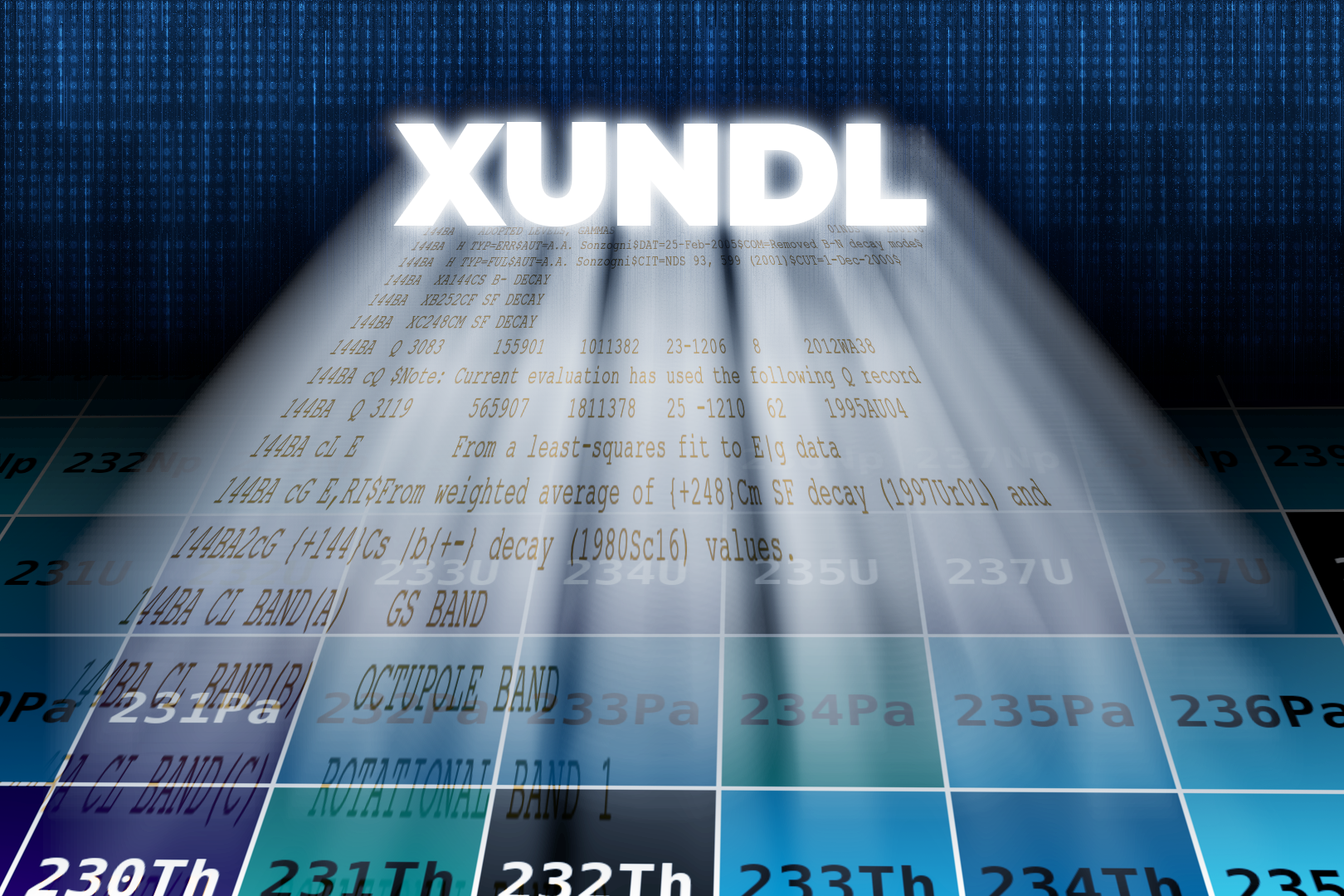